7 Questions to Help You Uncover and Avoid Manipulative Marketing 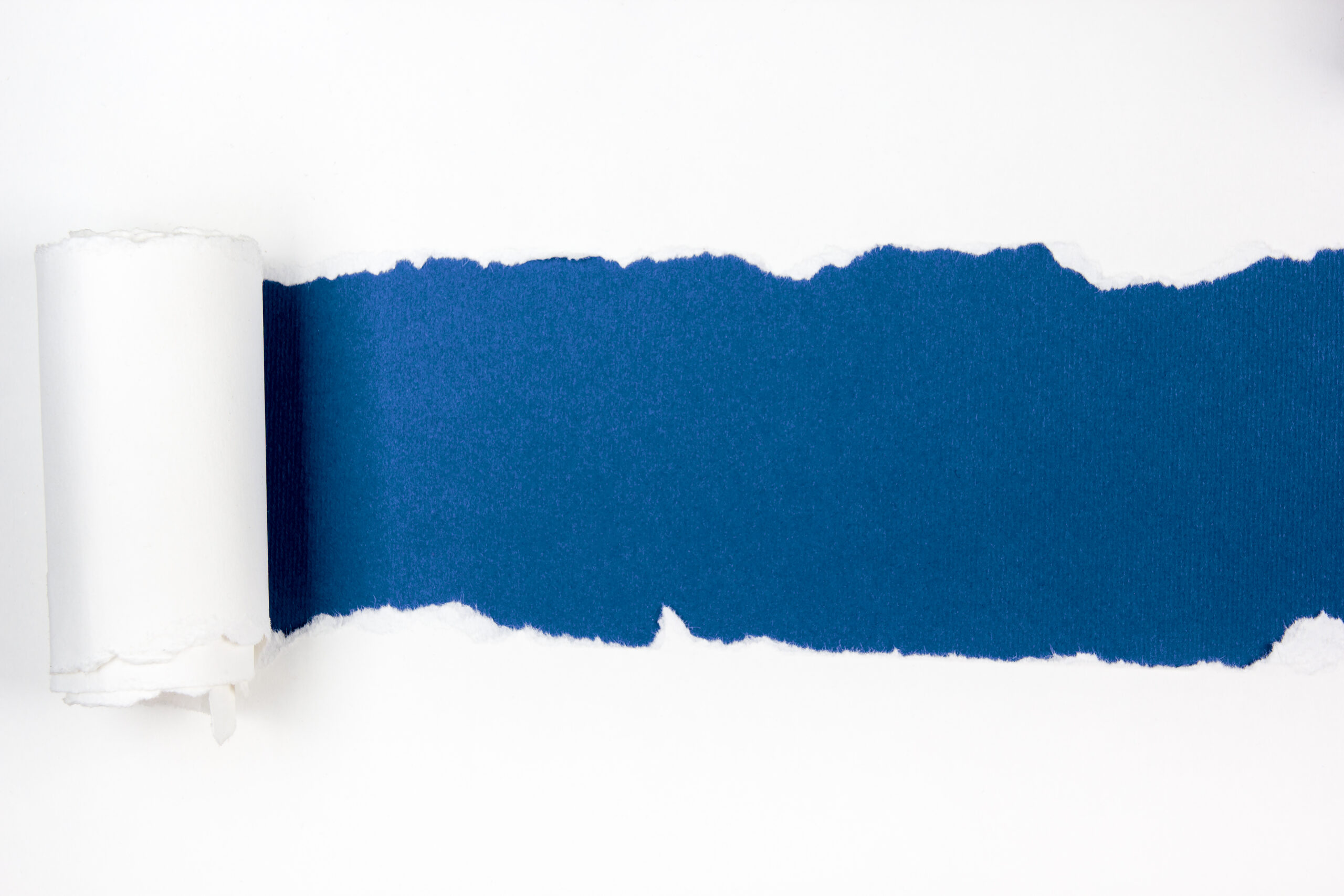 Tips to make confident, informed decisions about your marketing

Marketers know what we want and promise to deliver it, often using statistics or impressive numbers. We’re taught that the numbers don’t lie, and in the hands of an ethical professional, this can be true. But unscrupulous marketers can make numbers appear favorable even when they’re anything but.

To better help vet potential marketers for your business, let’s look at how a fictitious marketing company, Super Duper Marketing, manipulates their results to sell clients on expensive marketing services.

1. ARE THEY PRESENTING CORRELATION AS CAUSATION?

Super Duper Marketing loves to correlate their services and systems with any business success, even when the success has nothing to do with their marketing.

Given this slice of information, we’re likely to believe that Super Duper Marketing is just that good. But what if Company X had added a new location, and that second clinic was in an area with high foot traffic and no competing practices nearby?

Anytime a marketer calls out a correlation and then assumes causation (X caused Y), it pays to be skeptical and ask what other contributing factors should be taken into account.

2. ARE THEY USING DATA SKEW RESULTS?

Data visualizations are meant to simplify complex data, but they can mislead just as easily as they can educate. Let’s look at a couple of examples.

One of the most common ways to manipulate a chart or graph is to truncate the y-axis.

The brain is used to the y-axis starting at 0 and ending at the highest number, but look what happens when the y-axis doesn’t start at 0. Let’s say a practice currently spends $1,000 per month in ad spend on marketing and Super Duper Marketing is offering a marketing program for $1,500 per month plus an ad spend of $1,000 that achieves the following results: 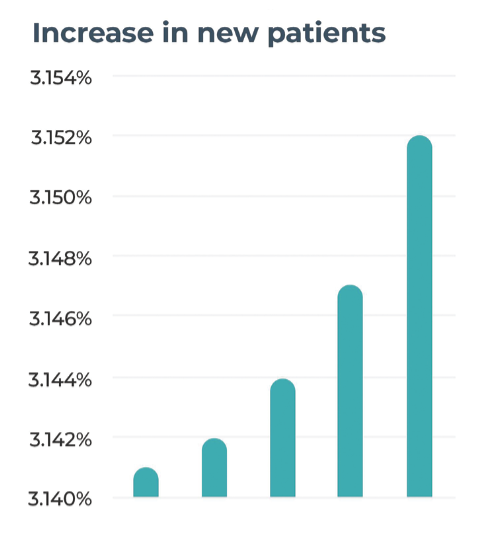 Looks impressive, right? Who wouldn’t want to see that kind of growth? But now notice the truncated y-axis. Rather than starting at 0, it starts at 3.140%, which makes miniscule increases appear much more substantial. Here’s the same data visualized correctly. 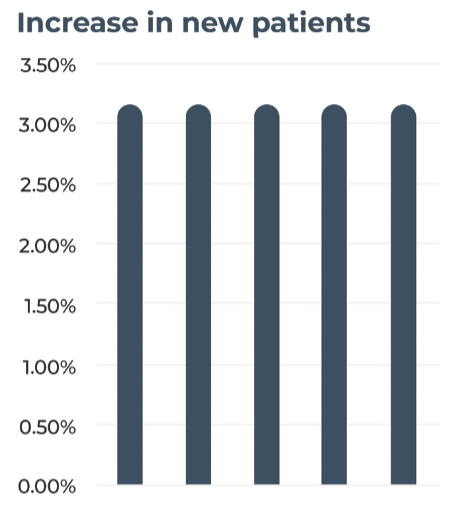 Now how likely are you to shell out an additional $1,500 per month for the program?

3. ARE THEY FACTORING IN ALL COSTS?

Another way visualizations can be manipulated is by omitting data that doesn’t lead to better results. In the following graph, Super Duper Marketing conveniently leaves out data that doesn’t align with the story they want to tell.

The chart makes using Super Duper look like a no-brainer — until you find out what they didn’t include in the graph.

They left out the costs of the new program and its implementation. To really compare the effectiveness of their program with the current marketing spend, we would need to factor in the following:

Once these costs are factored in, Super Duper ends up costing 511% more per new patient acquisition than what the clinic was previously spending, taking it from no-brainer status to no-way status. 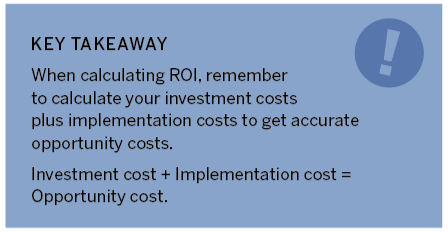 4. ARE THEY USING THE CASE STUDY (OTHERWISE KNOWN AS A SAMPLE SIZE OF ONE)?

A case study is supposed to be a random selection of a typical practice’s success, but what happens when Super Duper Marketing selects an outlier for their case study? Instead of being representative, the case study depicts the most positive result, even if that result occurred only once in a thousand times.

By positioning this top-scoring outlier as a “case study,” Super Duper Marketing zeroes in on a single success without mentioning the dismal results of the 999 other companies that hired them.

5. ARE THEY USING THE MEDIAN AND MODE, WHEN THEY SHOULD BE USING THE AVERAGE?

Back in school, we all learned that the term “average” refers to three different numbers: average mean, average median, and average mode. But when we hear the word “average,” we’re usually thinking of the average mean, and this makes us feel like we have a complete picture. Here’s how skewed data can get when marketers don’t give us all three averages.

The mean average is the sum of all the data points, divided by the number of data points.

The mean average is the data point between the top half of results and the bottom half. If there is an even number of data points, take the average of the middle two numbers to find the median. In this instance, the median is 11.

The number that occurs most often, which is 5.

The number 5 occurs 3 times; 10 occurs twice; and each of the rest of the numbers occurs only once.

If the break-even point of a marketing strategy were 15, and you only knew the mean average (18.17), you could make the very costly decision that the investment will make you money, when in fact, it could put the practice financially further in the hole.

6. ARE THEY USING CUMULATIVE NUMBERS INSTEAD OF A RELEVANT RESULT?

We love big numbers. But numbers at a glance can be misleading. For example, if Super Duper Marketing wanted to portray itself as the marketing company trusted by physical therapists across the nation, they could add up all the practices who had used their services since their company was launched and add up the individual results of each of those practices for a truly impressive cumulative number. When you see things like the following, with no date range and no averaging of results, steer clear:

7. ARE THEY PROMISING A SILVER BULLET (OR A SECRET THAT’S NEVER BEEN REVEALED?)

Let me be clear. This article is not anti-marketing — rather, it’s intended to help you identify how to ask for the information you need to make confident, informed decisions about your marketing. To guard against hearing what you want to hear, do your research before you sign a contract. Also, take the company’s reputation into account and ask others what their experience with the company has been. It’s often the most direct way to uncover knowledge gaps and become aware of missing or hidden data that could help you make a smart decision.

Robert Bacci, PT, DPT, is president of Bacci & Glinn Physical Therapy in California, where he oversees a staff of 35 employees providing outpatient physical therapy services with over 30,000 visits annually. He and his spouse, Jessica, are business coaches and consultants who work with a wide variety of health care verticals. He may be reached at 559-238-7282 or online at www.baccibusinesscoaching.com.