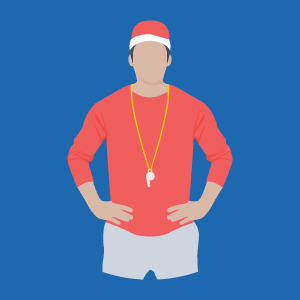 How to be a more flexible leader.

The idea of coaching in leadership started after the old paradigm of command and control was left behind.

An executive leadership coach, then, would be assumed to be “coaching.” Coaching as a verb is defined as “a result-oriented, systematic process in which the coach facilitates the enhancement of life experience and goal attainment in the personal and/or professional lives of normal, non-clinical clients.”1 Thus, if we are using the term coach defined in that way, the coach is holding the agenda of the client to meet whatever goals they feel are relevant to them. The coach doesn’t tell a client what goals they should be establishing or achieving for themselves.

The word “coach” gets used in many forms, often without a clear distinction as to what is meant when applying it as a verb or as a leadership style. Leaders are often instructed to “coach” their teams or “coach” an individual who reports to them. I hear this language a great deal. Ideally, this refers to using the leadership style of coaching. But a distinction is necessary at this point as this is usually where the confusion begins.

Paul Hersey and Ken Blanchard began to describe coaching as a leadership style in the 1960s. In their model called Situational Leadership, they explained that this style is best utilized with those who have a high level of willingness for a specific task, but may not have the immediate ability that is needed. These individuals still require direction and supervision as well as positive reinforcement for encouragement. In Hersey and Blanchard’s model, this is one of four different leadership styles that can be utilized with one of four different stages of the learner.

Dan Goleman, the author of the classic book Emotional Intelligence, offers a different version of coaching as a leadership style. It is included as one of six leadership styles. He defines coaching as “focusing more on personal development than on immediate work-related tasks.” He goes on to explain that this style works best when individuals are aware of their shortcomings and want to make a change.

In direct contrast with Blanchard’s definition, Goleman’s coaching style is less focused on work tasks and more focused on the overall growth and development of the employee. This style has another key distinction in that “leaders are willing to put up with short-term failure if it furthers long-term learning” in their employees. It may come as no surprise then, according to Goleman, that this is found to be the least utilized of the six styles.

Thus, there are relevant and fundamental differences between coaching as a leadership style, coaching as a coach, and using the verb “coach.” First, a coach is not attached to any specific outcome or result for the client, and is absolutely supportive of the client “failing” if this results in learning along the way.

Also, the solutions to the challenges faced by the “coachee” are assumed to already lie within this person. Thus, regular utilization of questions and a lack of “telling” are typically found in coaching as a leadership style. This brings us back to the initial conceptualization of coaching as one of many styles being deployed in leadership. Additionally, the client is establishing his or her own personal learning agenda and goals, unlike a typical leader–follower relationship in which there are very specific results and outcomes that must be attained.

In a traditional leader–follower relationship, the leader is attached to an outcome and getting results, although those results are likely much more robust if they include the overall development and growth of the person being led. Understanding when to incorporate the coaching style of leadership, however, can make all the difference, and there is likely no better model than the situational leadership style by Ken Blanchard in his model of delegation to make this more apparent. Readers may wish to explore the specifics of that model on their own.

For example, Stacey started her first job as physical therapist four weeks ago. She is thrilled to be in her new role and learning all that she can about being a great clinician. Nevertheless, she is struggling with managing her schedule and getting her documentation completed in a timely fashion. As you look back on Stacey’s onboarding, you may recognize that key directional instructions were missed. Stacey received no pointers on the best approaches to managing scheduling of patients and how to keep the schedule efficient. You also recognize that you never taught Stacey how to use the key shortcuts in the documentation software to help her be more efficient.

In this brief example, using a coaching style and asking Stacey what she thinks she should do to manage these issues may not be so helpful. She doesn’t know what she doesn’t know. While it can be tempting to use a “coaching” approach, a more directive approach may be necessary.

In some instances, the coaching approach can be used as a means to avoid giving direct feedback and explicit instructions. This typically creates less satisfaction for both parties.

Conversely, the coaching approach may be very necessary with a more experienced clinician who may have all of the tacit and expressed knowledge that they need to succeed and who is struggling to meet expectations.

Cultivating satisfied employees is not a one size fits all approach. Leadership isn’t, either. Probably the best satisfaction can be found with leaders who are flexible in their style and approach, whether that includes coaching or not.

Daphne R. Scott, PT,, is the chief culture officer at Confluent Health. She is a board-certified orthopedic physical therapist who earned her doctorate of science in physical therapy at Andrews University. She also possesses a master’s degree in Applied Positive Psychology from the University of Pennsylvania and most recently completed a two-year certification as a mindfulness meditation teacher with the Awareness Institute of Sacramento and the Greater Good Science Center at the University of California, Berkeley.