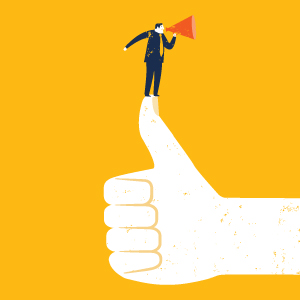 How they can be part of your support

Although the executive coaching industry has grown exponentially in the last 10 years with increasing popularity, it wasn’t that long ago that most people didn’t know what an “executive coach” was or what one did.

If I were asked at a party what I did for work and was forced to share my newfound profession as “executive coach,” my response was often met with a dumbfounded look.

Ah, but times have changed. The profession of executive coaching is alive and well, and this article intends to share the details of the profession with you, and as importantly, how a coach may just be able to support you in your work as a clinic owner, leader, and manager.

Executive coaching differentiates itself somewhat from general life coaching in that although both involve the individual needs of the client, with executive coaching the needs of the organization are also part of the process. It is an experiential process that builds the leader’s capability to meet the short-term and long-term goals both for themselves and those of the organization. The coach and the executive become partners in that aim.1

Typically, there is a specific goal that the leader wants to achieve. For example: In order to become better at building relationships, the leader needs to work on regulating their own emotions. Or the leader would like to take advantage of a new business opportunity within their team, but this could create challenges within the current organizational framework. Or the leader is considering a change in their own role as a founder and owner of the business. The overall top three reasons that coaches are typically hired by executives are to develop high-potential leaders, act as a sounding board, and address difficult behaviors.

Does a coach just tell the executive leader what they need to do? The short answer is no. Coaching is based on a few foundational approaches that are relevant to the coach as well as the client. As a primary approach, coaches support the executive to chart their own direction. They accomplish this process through questions and remaining focused on problem-solving solutions to influence the future, versus spending a great deal of time in the past. As well, the coach supports the executive’s ability to consider the actions for change through support and challenge. It’s the clarity of intention and the actions needed to create the positive change that leaders want to experience. It’s the coach’s job to support them to find that within themselves.2

The next question often asked is “Does coaching work?” This is like asking if physical therapy works. The short answer is yes, and it depends. In a study by Grant,3 researchers found effect sizes from .60 to .54, respectively, when looking at five domains ranging from performance/skills to work and career attitudes. Additionally, coaching has also been demonstrated to improve well-being, decrease stress, and facilitate the attainment of goals.4 But what about bottom-line business results? Here the water gets a bit murky for a myriad of factors, some of which include the ever-changing world of business itself and attempting to measure pure cause and effect.5 Where coaching seems to make the biggest impact, even when business isn’t going as planned, is by supporting leaders to avoid the trap of overreacting from fear, and instead, learn how to face tough decisions and remain resilient.

There is one other incredibly important factor involved in the effectiveness of coaching; of course, that is the commitment of the client to take the necessary actions needed to succeed. A common equation that you can reflect on for yourself to determine your level of commitment to change is one purported by Gleicher and popularized by Dannemiller. The equation is as follows: Dissatisfaction × Vision × First steps > Resistance = Change. Said more succinctly, the level of dissatisfaction combined with a vision for something greater in the future and combined with the immediate first steps to move in that direction, must be greater than the resistance to change. All of these in combination are the requirement for change. If you can’t see a bigger vision for yourself and aren’t uncomfortable enough yet, then it will be easier to keep things familiar—and miserable.

Now the next time you meet an executive coach, you won’t be plagued by a lack of information, and you just might find some benefit in asking other, more relevant questions besides, “What do you do?”

Where to find a coach

There are great resources that you can use to find a coach. First and foremost, ensure that the coach you are hiring comes with some formal training and certification. Coaching is not regulated by a governing licensing body. Additionally, there is also no substitute for word of mouth and getting a direct referral from someone who has personally worked with the coach.

Interview two or three coaches to learn about their process and expectations and to determine if the two of you will work well together.

Coaches who are part of the International Coach Federation (ICF) have had to meet rigorous standards to reach ICF status: https://coachfederation.org/find-a-coach

4Hicks RF. Coaching as a Leadership Style: The Art and Science of Coaching Conversations for Healthcare Professionals. Routledge; 2013.

Theeboom T, Beersma B, van Vianen AEM. Does coaching work? a meta-analysis on the effects of coaching on individual level outcomes in an organizational context. J Posit Psychol 2014;9(1):1-18.

Daphne R. Scott, PhD, is the chief culture officer at Confluent Health. She is a board-certified orthopedic physical therapist who earned her doctorate of science in physical therapy at Andrews University. She also possesses a master’s degree in Applied Positive Psychology from the University of Pennsylvania and most recently completed a two-year certification as a mindfulness meditation teacher with the Awareness Institute of Sacramento and the Greater Good Science Center at the University of California, Berkeley.