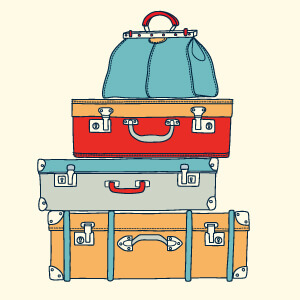 The benefits of a company retreat for your small business.

It was the day after Labor Day 1985, a few months after the most devastating event of his career.

Steve Jobs, still recovering from his painful ousting from Apple Computers, started his new venture NeXT. Steve had built one of the most innovative companies of the ’70s and ’80s. Yet, his brash style and uncompromising tunnel vision led to poor company culture and eventually an irreparable rift with his leadership team.

NeXT would need to be different. He built a team consisting of Apple stars and technology leaders. What did he do after he had his team? He had them go on a company retreat.

Why? What does a company retreat offer that is equally important for a tech start-up as well as an established small business? Three things.

Let’s take a deeper look into each of the three more closely to see why Steve Jobs relied so heavily on a company retreat.

You wake up in the morning, brush your teeth, eat breakfast and get ready for work. You put your shoes on and tie them. Did you need to focus on tying your shoes? Did you read a manual? Exert extra brain power to the task? No, not unless you were juggling a bagel, a child, and a cell phone. This is an example of normal competence. Another commonly used term is “Auto Pilot.” While, yes, there are many daily tasks that normal competence is beneficial—at work, this can result in loss of productivity, decreased creativity, and mistakes. On average, we make 35,000 daily decisions.1 We create shortcuts to make those decisions quicker and easier. We establish routines. We love routines. This is why a retreat is beneficial. It acts as a shock to the system. It breaks through the monotony.

A company retreat is effective at breaking through normal competence because most people don’t even know they are hindered by it. It’s like boiling a frog. If you put the frog into a pot of hot water it will jump right out. If you put the frog into cold water and slowly turn up the temperature, you’ll have frog legs shortly there after. Most companies are frogs slowly cooking.

When you have a team forced from that pot, or, should the temperature drastically increase, most team members (if not all) will jump out. That’s important. But, what happens next? What’s the benefit of the increased awareness and breaking of normal competence?

In an amazing two-year study, Google looked at more than 250 attributes of over 180 Google teams in order to better understand team effectiveness. What did they identify as the most important factor? Psychological safety. According to Google, in order to have psychological safety you have to answer “yes” to the following question: Can we take risks on this team without feeling insecure or embarrassed?2

By stepping away from the daily routine, and allowing your team to be challenged at a retreat, you open the pathway to psychological safety. You allow your team to display vulnerability, engage in challenging situations, and work through difficult conversations.

If you structure your retreat properly, it should lead to multiple opportunities to establish and expand psychological safety. From brainstorming sessions to problem-solving breakouts, the opportunity to challenge your team is ideal at a retreat. In his NeXT retreat, Steve Jobs did this. He allowed his team to tackle a difficult problem through open communication dialogue. People’s ideas were challenged, but not their character or individual self. If employees are shown that ideas can be discussed, debated, and challenged but their identity is not attacked, they will be more willing to speak up. And when team members speak up, it leads to creative solutions to difficult problems. It also reframes the work environment.

Can the “work environment” set you up for success? In a word, absolutely. When you ask team members to participate in challenging events there will be a stimulus response. The follow-up response relative to the stimulus is the Context Effect. In other words, once you challenge the norm of competence and establish psychological safety by allowing for risk, you drive it home by setting the environment to support the resulting effects.

Context effect lets you drive home the message. It forces you to create an environment beyond rhetoric. At a retreat, the environment is ideally set up for supportive cues. Team members can be challenged, pushed, and encouraged. A company has an opportunity to redefine the context effect.

During his retreat, Steve Jobs needed to shift the context effect because of his reputation of dealing with people. He was fired from his own company that he built in-large part due to his approach to people. At NeXT during the critical first retreat, he set out to be challenging yet open. Motivational yet inspirational. Tough yet fair. He set a new context effect.

Steve Jobs once said, “It doesn’t make sense to hire smart people and tell them what to do; we hire smart people so they can tell us what to do.” That safe context within a retreat is fertile ground for innovative thought. And it is in these environments that leaders within the organization can inspire innovation. It does, however, require that a company’s leadership demonstrates trust in their team and holds true to the tenets of successful innovation.

One such method to focus and structure thought is through a purposeful diagram highlighting the four circles of workplace engagement. These four dimensions of engagement are:

While inviting a company’s workforce to flesh out such ideas may raise both questions and concerns, it is specifically in this constructive context and safe environment that ideas of innovation from an organization’s best and brightest can flourish.

The most effective way to use these four dimensions is a little bit ironic. Rather than find the center spaces where dimensions are shared, it can actually be more actionable to eliminate or at minimize workplace elements that exist in isolation.

Companies should create pathways where their employees can do what they like doing, what they are good at doing, what they all can get paid for, and what they feel passionate about—all at the same time. What is less obvious is that removing elements of isolation that may only exist in a single dimension of engagement creates that much more positivity within a team’s ability to perform—not to mention a company’s ability to break free from patterns of normal competence.

Steve Jobs overcame the biggest professional disappointment of his career by launching a new company and utilizing a retreat to pull his team together. You don’t have to be Steve Jobs. All you have to be is willing to move forward together.

Ben Fung, PT, DPT, MBA, is a cofounder of UpDoc Media. He is also an independent media producer, startup entrepreneur, and health care clinician turned social media connector. He can be reached at ben.fung.dpt@gmail.com.

Gene Shirokobrod, PT, DPT, is a cofounder of UpDoc Media. He specializes in treating runners, golfers, spine-related conditions, and youth athletes. He also cohosts a top-rated physical therapy podcast called Therapy Insiders and is a top 100 iTunes medical podcast. He can be reached at gspt@me.com.

*These authors have a professional affiliation with this subject.