How do you Know if you Hired the Hero or Just a Person in a Cape? 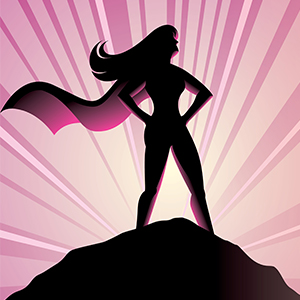 The Guide to Hiring Slow and Firing Fast

Your city has been invaded by aliens and your team has to save the city—and not just the city, but the whole world, of course.

You start to assemble your team, choosing the Hulk, Thor, Black Widow, and Hawkeye. If any of this is sounding familiar, then you’ve probably seen “Marvel’s The Avengers”—but this plot has a twist. You’re now left to decide between Captain America and Iron Man for the last spot. Whom do you choose?

This may seem like an over-dramatic scene in the hiring world, but you don’t need to be in business very long to see the importance of hiring the right people. A study by Leadership IQ tracked 20,000 new hires over 18 months and found that these qualities were the biggest reasons new hires failed: coachability, emotional intelligence, motivation, temperament, and technical competence.1 Coachability and emotional intelligence alone made up 49% of the reasons new hires didn’t succeed in their positions. It wasn’t because they lacked the skills to perform the tasks correctly or because they were unmotivated. Willingness to implement constructive criticism and how well they can relate to others will tell you a lot about whether candidates will succeed in your organization.

This take on employment is called “hiring for attitude.”1 You may already be thinking about a coworker who has the clinical skills needed but struggles to relate to patients. Or maybe you’re thinking about the person who has additional certifications and letters behind their name but who seldom owns up to mistakes and who offers issues but never solutions. Will Captain America be able to relate to his teammates well? Is Iron Man too negative during team meetings when decisions need to be made? We know hiring well is important and that a bad hire can have a negative effect on your entire team. So, why are we still hiring based off grade point average and additional certifications? Or worse, why are we asking interview questions that shed no light on whether a candidate has the attitude of a high or low performer?

An article by Allan Church from the Journal of Applied Psychology found that high-performing managers had greater self-awareness and self-monitoring than average-performing managers.2 These managers were able to look critically at their own performance and had the ability to change their behavior to reach a more successful outcome. It’s not only about hearing and integrating feedback, though—anticipating feedback is a large part of coachability for high performers.1 Instead of asking Captain America and Iron Man which zoo animals they’re most like, ask questions that give you more information about coachability and self-awareness.

There are a couple of ways to identify these high performers in an interview and on a resume, but you should be aware that this process takes multiple interviews with several evaluators. You must ask specific questions and rely on feedback from references to make your decision. High performers hold themselves accountable for their success and can see flaws in their own performance. So, a good interview question could be, “What’s something you could have done to enhance your working relationship with your previous boss?”1 High performers will not only give you examples, but they’ll also offer solutions for those situations and elaborate on changes they already made. Expect low performers to offer little feedback, showing poor self-reflection and no vision for additional improvement.

Another insightful question that could prove helpful in an interview would be, “Everyone has weaknesses, so when I talk to your bosses, what will they say yours are?”1 If a person admits to being criticized for displaying anger, being resistant to change, and having poor communication skills, then he or she may share too many characteristics with a low performer to be successful in your organization. In addition, if a candidate’s response is something similar to “I don’t know what my boss thought about me,” then that person was unable to hear the constructive feedback given by management and most likely won’t be able to embrace feedback in your organization either.

Although being coachable is important, there must be an argument for intelligence. Looking at our candidates, there’s no doubt that Iron Man would score better on an IQ test, and his abilities to build and create tools would put the team at an advantage against opponents. But people with high levels of intelligence (IQ) outperform those with average IQs, whereas people with average IQs outperform those with high IQs 70% of the time.3 Read that again. So, what gives? Success and performance come from something beyond IQ called emotional intelligence. Researchers tested emotional intelligence among 33 important skills and found that it encompasses the majority of them, including accountability, change tolerance, and communication.3 Hiring for attitude sets up your organization for success because it puts the right people—those who will grow and change for the better—in positions where they can thrive.

Two large parts to emotional intelligence are self-awareness (anyone seeing a theme here?) and social awareness. Emotional Intelligence Appraisal scored these two characteristics on a 100-point scale and used real coworker feedback alongside the scores to show what characteristics high and low performers demonstrated.3 People with high self-awareness scores had control of their emotions at all times, maintained a positive demeanor in the face of adversity, were open and authentic with their interactions, and quickly worked with teammates to find solutions without allowing their emotions to rule the scenario. On the other hand, those who scored low in self-awareness often came across as defensive and aggressive, responded poorly when their emotions were triggered, and had trouble identifying when another person was frustrated or annoyed with them.

Reference lists can be useful tools when evaluating a candidate’s attitude. Often, potential employees have listed former managers and coworkers as references, so calling these people with questions becomes important when taking your time to hire the best fit. Asking directors and managers how well the candidate responded to feedback and criticism and what managing style the previous boss used will be helpful in deciding if your manager’s style will mesh well with the new hire. Also, coworkers can give insight into whether the candidate maintained a positive attitude with day-to-day tasks and group projects.

Being able to listen well and observe a person’s reactions to what you’re saying are important components of social awareness. If feedback indicates that a current employee or potential candidate doesn’t support others’ ideas, has poor active listening skills, and is unable to put themselves in another person’s shoes, then that person would benefit from additional coaching for emotional intelligence.

Once you have identified team members who need additional coaching and have gathered feedback from their supervisors and coworkers, you should put a corrective action plan into place. With your input, the team members should set specific, measurable, and timely goals regarding changes in behavior. Unfortunately, you’ll encounter people in your organization who are unable to improve their emotional intelligence and behaviors. If a team member is unable or unwilling to take the necessary steps to become a more effective and positive part of your organization, then letting them go is in everyone’s best interest. You need to have these difficult conversations quickly and terminate your low-performing employees before they affect other team members and your organization’s culture.

Iron Man is a genius; he develops the latest and greatest technology and is willing to risk his life to save the world. Captain America, on the other hand, was given artificially enhanced strength from the government and is wary of technology and risky situations—but he also willingly left behind everything he knew to save society. Who’s picking Iron Man right about now? Let’s look at the whole picture, though. One candidate often needs intervention to avoid putting himself and his teammates at unnecessary risk. He strays out on his own, creating problems for the rest of the team, and he sacrifices relationships with those closest to him. Meanwhile, the other candidate considers what’s best for the team, takes a stand against ideas that may lead to disaster, and fights among his teammates for the greater cause.

Iron Man and Captain America could both be great additions to any team. But in the long run, you want to hire the applicant who will be best for team. Choose the one who’s going to stick around because they understand that you’re looking for the best teammate for your workplace—not just a stand-apart hero.

Share your favorite interview questions in the PPS Forum at forums.ppsapta.org

Morgan Weinzapfel, PT, DPT, is a practicing physical therapist and head of recruitment at the Rehabilitation & Performance Institute, headquartered in Owensboro, Kentucky. She can be reached at mkenner@rehabilitationperformance.com or at her clinic in Newburgh, Indiana, at 812-518-3246.