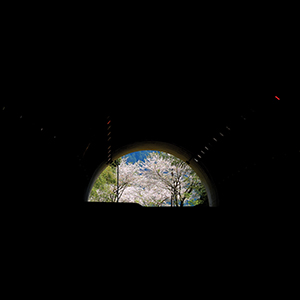 Tension is not something to be avoided but rather addressed

You value your culture and choose who you hire carefully. You do everything possible to ensure each person is the right fit. You’ve poured time, energy, and resources into the development and growth of everyone on your team. Most of the time, the team is connected and everything feels like it is going smoothly. Yet every team, no matter how cohesive, will have tension creep in at some point.

Tension and friction are not the marks of a dysfunctional team and are not necessarily negative. Friction is part of the normal team dynamic and is something that every team will experience.1 It is something not to avoid but rather to embrace and address. How a leader and a company address friction ultimately determines whether it will have a positive or a negative effect on the culture.

No one wants to be part of a negative culture, and no one wants to be the cause of such an environment. The reason teams experience tension has less to do with bad intent and more to do with blind spots. Unrecognized weaknesses or unintentional behaviors are the most likely culprits of culture disruption. Alleviating friction and restoring harmony requires identifying and removing these blind spots.2

While there are many things that can contribute to friction within a team, there are four main blind spots that underpin most issues. Most blind spots can be categorized into skill level, attitude/behavior, finances, and social interaction. The secret to using friction to your advantage is knowing how to remove a person’s blinders while continuing to strengthen the relationship.

Let’s look at these four domains and the corresponding strategies to remove each blind spot while strengthening relationships within the team.

David is the director at In Motion PT and oversees five therapists. One of the therapists, Mike, has received a few low-scoring reviews for his care and also has a higher drop-off and cancellation rate than his peers. David has noticed that Mike struggles to treat patients with low back pain. When Mike gets stuck, he often tries to pass the patient off to one of his coworkers. Both his coworkers and his patients are frustrated by this. David has mentioned different courses and articles for Mike to read, but Mike usually brushes him off. Mike is not a new grad; he has been practicing for five years. The director knows that he needs to address the gaps in Mike’s skills, but he doesn’t want to offend him.

REMOVING BLINDERS: LEVERAGING THE STRENGTH AND VULNERABILITY OF OTHERS

David has already tried to encourage Mike to learn more, and Mike has not done so. David may assume that Mike is not motivated or doesn’t want to learn, but this is rarely the case. Most clinicians who struggle clinically do so because they lack confidence, and they don’t know how to improve or don’t believe that the solution will help them.

Mike recognizes his struggles, and that is why he passes his patients off. Yet the fact that Mike does not seek assistance or ask questions suggests that maybe he is embarrassed or not sure what to ask. One method would be to use the strengths of Mike’s coworkers to help him develop his own skills. Keep in mind, however, that although using the strengths of other clinicians may help improve his skills, it also may further damage his confidence. Vulnerability is the other essential piece. Creating experiences where clinicians can learn and share struggles openly helps foster an environment of growth. Co-treating or company-wide learning opportunities are great ways for clinicians to learn from one another in a positive and collaborative atmosphere. A good way to approach this with Mike is to ask if there are any areas he would like to improve. If he doesn’t know, then suggest that others within the company may benefit from learning more about the spine.

Patricia, the director of PT Today LLC, notices that Julie has not been as engaged as usual. Julie has been coming in right when the day starts and leaving right when it ends, with minimal interaction with the rest of the team. Many team members have mentioned that her attitude is bringing down morale. There have been some opportunities to volunteer, but she hasn’t participated in any of them. Patricia wants to encourage Julie to get more involved, but she doesn’t want to come across as though she is telling her what to do.

REMOVING BLINDERS: GET TO THE CAUSE

There are several reasons why Julie may be more disengaged than usual. She may lack direction on where to go next with her career; she may want to try something new but be afraid of failure; or she may be going through something in her personal life that has nothing to do with work. When a member of your team has a poor attitude, there is usually a reason. Approaching the situation with concern rather than with problem-solving strategies allows you to meet your employee where they are and figure out the next step together.3 Approach the conversation by first asking how she is doing and how she is feeling at work. Leave room for her to respond and vocalize her feelings. Avoid “why” questions, which may put the opposite party on the defense. Offer descriptions of behaviors you’ve seen, but try not to name what you believe she has been feeling. Instead, allow her to express what has been happening from her own perspective.

Cancellation rate and capacity are two of the main metrics measured at Performance PT. Devon has consistently had one of the higher cancellation rates. Data also shows that she has difficulty retaining patients after the initial evaluation, leaving a low overall capacity. When Kyle tries to talk to her about this, she becomes defensive and accuses the company of only being concerned with profits.

Not all physical therapists receive an adequate amount of education on cost, finances, or how to run a company, but that doesn’t mean that they won’t understand the math if it is explained to them. There is often a disconnect between what a physical therapist perceives as the cost and what the reality is when the numbers are run. Being transparent about what things cost, where the money goes, and why metrics matter can help Devon align with the big picture.4 If she doesn’t know the costs, she may make assumptions. Sit down with Devon and specifically go through the numbers on both sides of the equation, explain cost and reimbursement. This will facilitate a dialogue where questions can be asked and allow for clarification behind specific clinic processes.

Joan, the clinical manager of the clinic, knows that Lynn, the office manager, is one of everyone’s favorite people. She’s happy and positive, and you can tell she loves her job. Her patients love her, and she’s really good at connecting with people. However, there is a constant tension between her and the front desk staff. Rather than asking them to do something, Lynn tells them what she needs and walks away. She can be demanding at times and gets frustrated if things aren’t done exactly as she wants. The front desk has voiced frustrations to Joan, and she knows she needs to talk with Lynn. Joan feels awkward having to point out that Lynn is sometimes rude to the front desk staff.

REMOVING THE BLINDERS: SPEAK TO THE BEHAVIOR

Discussing someone’s social interactions can be difficult. The best thing Joan can do is speak to the behavior and not the intention. Lynn is probably not trying to be rude and may not realize how she is being perceived. Joan needs to discuss how Lynn speaks to front desk staff from a behavioral standpoint — the tone, the demanding nature, and/or the brashness. Using phrases like, “I know you are a kind and caring person. I know you are never intentionally rude, but when you speak like this to the front desk staff, it seems like you are demanding instead of requesting.” Any time an undesirable behavior needs to be addressed, separate it from the person.5 This separation can create a non-accusatory and disarming discussion.

Max is the director of a successful clinic. Carlie, one of the physical therapists, has been demonstrating low levels of accountability. She has a reason for everything: Many of her patients have been sick, so cancellations are higher. She’s had too many Medicare patients, so that’s why her units are down. Every time Max brings something up, she gives rationale as to why it isn’t her fault. Max knows what to do, and he does it. He makes sure that the expectations are clear; he plans to follow up; he makes an effort to give her frequent feedback. After their chat, she even seems to be in good spirits. But in the end, nothing changes.

In this case, the director missed the fact that Carlie was worried about losing her job and wasn’t demonstrating low levels of accountability at all. She wasn’t sure why she was struggling, but she felt that if she gave a reason then there would be fewer negative consequences. She was trying to protect herself. Max’s blind spot was that he felt like he needed to fix everything on his own. He had a tendency of trying to solve problems, and sometimes he was solving the wrong problem.

REMOVING THE BLINDERS: WE ALL HAVE BLIND SPOTS

We all have blind spots, and we don’t know what they are — if we did, then they wouldn’t be blind spots. If we want to remove friction within our teams, we must address our own blind spots as well as those of our employees. Performing 360 reviews, requesting anonymous feedback, or asking a mentor to evaluate you are all ways to find and address your own blind spots.6

The final blinders that need to be removed are our own. 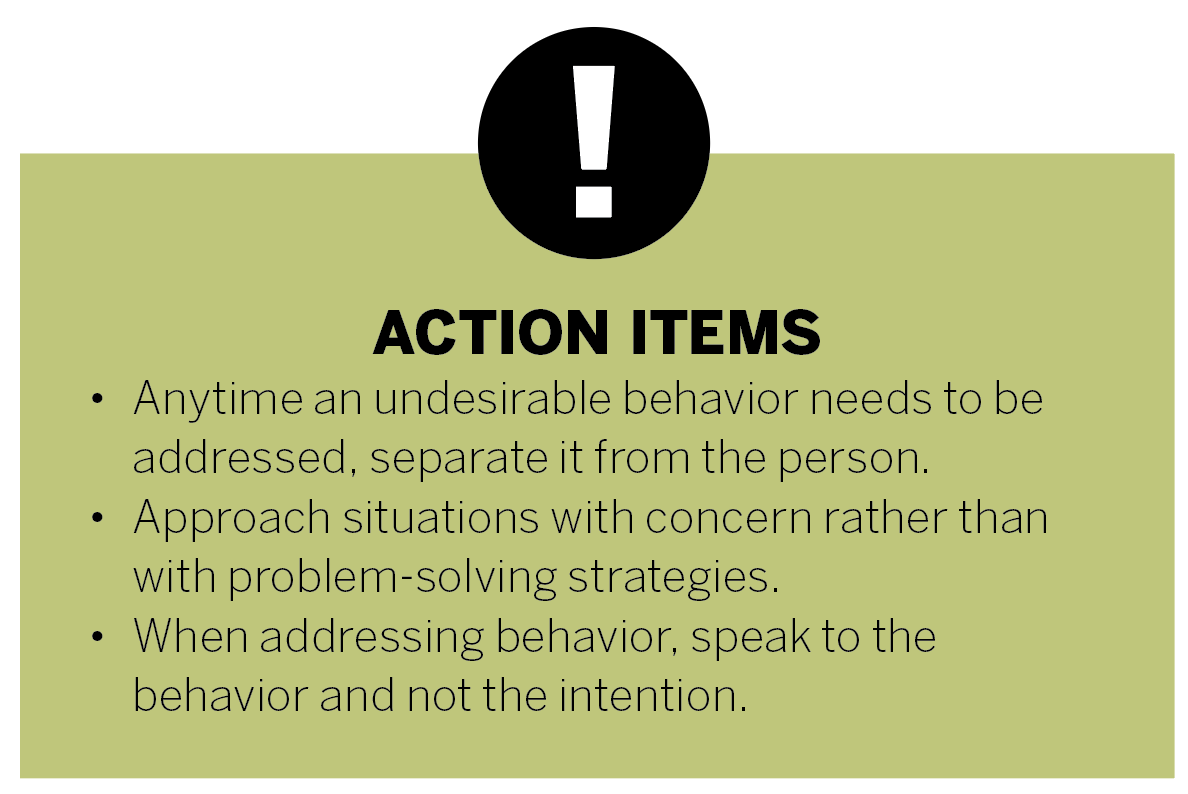 Jenna Gourlay, PT, DPT, is one of the cofounders of Professional Rebellion, a company dedicated to guiding and mentoring professionals on the path to their ideal careers. She is a physical therapist at Rehabilitation and Performance Institute and acts as the director of the Orthopedic Residency Program.