My Rollercoaster Ride of Buying a Building 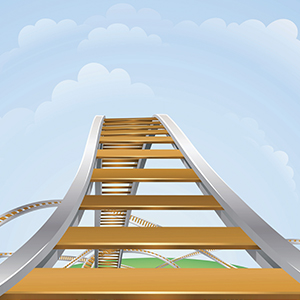 In 2014, I was in my early forties with a supportive wife and two elementary school–aged children, and had recently opened my first clinic.

I was renting a pleasant but increasingly cramped space in a historic building that was well situated in Seattle and close to my home, my wife’s work, and my children’s school. It was thus a bit of an unpleasant surprise to learn that after the building changed ownership, I would not be able to renew my current lease. I decided to see this as good timing as I was in need of more space, and I began looking for a new place to rent. But with Seattle growing and thriving there were few good rental options, and I realized that lack of control over my clinic’s location could potentially endanger my and my family’s long-term financial security. The idea of buying a building was born. The current real estate and lending markets influenced this as well. Renting was becoming more and more expensive and difficult, and the interest rates were low.

In discussion with my new landlord, I learned that he was interested in selling a building he owned about a mile south of my current location, and better yet, he and the contractor he commonly used had already drawn up remodeling plans and begun the approval process with the city. This was an off-market deal so no commercial realtor was involved, and the price and location were what I was looking for. It is a good thing that in addition to enjoying being a physical therapist (PT), I enjoy doing a project. What a project this became!

I moved because the construction took longer than expected, and my current landlord could not extend my lease any longer. I relocated my clinic to a rental space a few miles north of both my old and what would be my future location. If I had known how long I would unexpectedly be in this space I may have looked harder at this decision. Oh well. I met with and liked the recommended contractor. And I tried but was unable to find another contractor even interested in giving me a bid to do a remodel. The construction market in Seattle was so hot that experienced contractors had their pick of new construction and were not interested in remodels. Decision made.

When I looked to financing, I realized the value of being involved in my local business association, as this is how I learned I would qualify for a loan through a Community Development Fund. This loan had better interest and repayment terms than a bank loan and was much less restrictive than a Small Business Administration loan. Even so, I was glad that I brought in a commercial lending broker who helped me structure this loan as well as compare funds available through a private bank lender. Their fee was 1 percent of the loan.

My clinic was going well, and I thought all was flowing along, until I hit the proverbial wall. Having been in construction myself, prior to going to physical therapy school, I knew to check that my contractor was licensed and bonded, and had looked at some of his previous projects. What I now realize I should have done was also ask about his reputation with other contractors. For what neither I nor my previous landlord knew was that this contractor was having personal problems, and his life was beginning to unravel, bringing his business down with him. I was 75 percent done with the buildout and had paid out 95 percent of my funds, when I learned that my contractor had dissolved his business and had left many of the subcontractors unpaid. That night I did not sleep well, at all.

While he was bonded with the required legal amount, this was woefully insufficient to cover my existing costs. So I began working with his insurance company and learned that to recover any of my funds I would have to sue his business insurance company. The details of business insurances are opaque, and in Washington State you do not sue for faulty work but rather for damage done as a result of faulty work. I hired and paid an attorney to file a lawsuit, and after about two years and $40,000 the case settled in mediation and I did recover about $120,000 (this was almost half of my costs).

Fortunately, I had been able to find a contractor to finish my buildout. I was also fortunate to own other properties against which I could leverage additional construction costs. My other choice would have been to look for bank lending. And thank goodness my clinic was doing well and was paying its own costs during this transition.

It is now five years later, and I really like my new building with its onsite parking, room for growth, and proximity to my home. I now also have the kind of control that motivated me to start this rollercoaster of a ride to stability. What would I have done differently? I would have further investigated the contractor, and I would have hired a contract project manager who had the time and expertise to be onsite and oversee the project. But now, as it is all in the rearview mirror, I am glad that I took this step and bought a building. And I hope that my experience helps you if you are looking to do the same.

*This author has a professional affiliation with this subject.