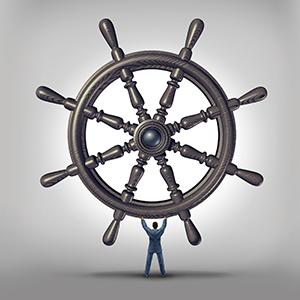 On September 1, 2018, I became the owner of Teays Physical Therapy Center.

When I began my career in 2004 as a new therapist at TPTC, becoming a private clinic owner wasn’t one of my professional goals.

That all changed in 2016, when the former owner began to contemplate her exit strategy, and I considered becoming the owner. Over the previous 14 years as I built my caseload, I had already developed a sense of ownership. More than that, I had become connected to TPTC, a local institution that has been serving our community since 1990. Our staff is passionate and dedicated to providing an exceptional patient experience, and this has given us a strong reputation with our patients and referring providers. As a Putnam County native, making the transition from therapist to owner would be a way that I could give back even more to my community. So the decision to pursue clinic ownership was in part due to this pull of my heartstrings.

In 2016, I had a brief dinner meeting with the owner to discuss the future of TPTC and potential options. Fast forward to January 2018, when she approached me and said she was ready to sell and would like to finalize everything by the fall.

As the idea became reality, I felt a rollercoaster of emotions, but those were the least of what I would experience over the next nine months. Negotiations, business plan development and meetings with the Small Business Association, a CPA, and lending institutions quickly transpired. This was a whirlwind of a process, especially since I had no previous business experience, but my financial advisors helped reassure me. While this was a major factor, ultimately it was my belief in our staff, love for my profession, and faith that God was going to provide that encouraged me to take the leap.

The importance of mentorship

I am thankful for the friendship between the previous owner and myself, which allowed us to see past the negotiations and business deal, and retain our friendship. The previous owner stayed on as a part-time staff physical therapist for six months, a challenging time when I was learning how to juggle patient care and business ownership. She was instrumental in offering insight into financials, marketing, hiring, reimbursement, and insurance negotiations. Even now, she continues as a business consultant.

5 lessons I learned in my first year

In the first year, I realized how much I did not know, a sentiment I hear echoed among other private clinic owners. Here are some of my initial takeaways:

To this day, managing both home and professional life is a work in progress. But after a year of running this thriving private practice—and after traveling the road that has led me here, with its many curves and speed bumps—I could not be happier.

It is a daunting prospect to transition from staff therapist to owner, and take on all that this entails. Marissa Mayer’s quote sums up my experience the best: “If you can push through the feeling of being scared, that feeling of taking a risk, really amazing things can happen.”

I feel that I have been given a tremendous opportunity as owner of Teays Physical Therapy Center. Taking the helm of an established community practice and working to make it grow and thrive even more is an honor and a privilege, and one for which I am very thankful.

Christin Casto, PT, MPT, Cert. MDT, is a PPS member and owner of Teays Physical Therapy Center in Hurricane, West Virginia. She can be reached at ccasto@teaysphysicaltherapy.com and @teaysptcenter.