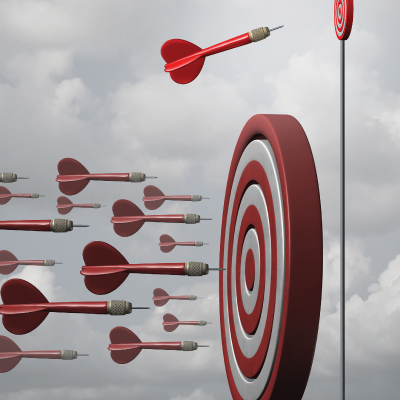 Delight the few to attract the many—how to find success with a niche practice.

Business is competitive and physical therapy private practice is no exception. In addition to the normal challenges faced by all businesses, as physical therapy private practice owners we often find ourselves on an uneven playing field. Hospitals often get paid more for the same service just down the street, and physicians can control referrals. In addition, patients are often given substitutes for what we do, like opioid medications and even exercise sheets, without ever getting to the root cause and fixing their problem.

It’s hard enough just to survive in business and in health care today, but especially as a physical therapy private practice. In addition to the uneven playing field, the margins can be very tight. There are seemingly constant downward pressures on payments from third-party payers. Many people don’t know what we do or how we can help them. And we have very poor market penetration. A large percentage of those who could use our services and benefit from them do not even know we exist.

To combat this, some owners pursue a niche practice as a means of survival. Usually this takes the form of the novel practice setting or serving a specific type of diagnosis. But I’m reminded of a presentation at the Private Practice Section (PPS) Annual Conference a number of years ago. The Australian keynote speaker (I don’t remember his name) discussed the difference between Microsoft and Apple. In his presentation he talked about commoditization versus niche, commoditization being defined as trying to sell many products at a low margin to as many people as possible. He talked about niche as capturing mindshare of your target customers. And I think that’s the key right there, to define and focus on your target customer.

He used Apple as an example of niche, and explained that niche did not mean that a company needs to be small. He defined niche as a focus on delivering a few things exceptionally well, describing how Apple, by making a few products well and capturing the imagination and loyalty of a certain segment of the market, was able to grow to be a large and very profitable company. Apple produces and sells fewer products than Microsoft, but they have very healthy growth and profit margins while remaining a niche business. To succeed at this, they target a specific customer and design their products, marketing, and entire customer experience around that target customer. 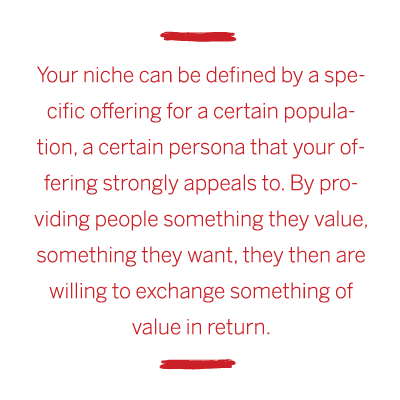 Joie de Vivre hotels and their CEO and founder Chip Conley decided to pursue a strategy of creating individual hotels targeted at different markets and being hyper niche. In doing so they modeled their hotel properties to serve specific target customers. They used the same targeting as a variety of magazines.

There was a hotel in the Tenderloin neighborhood of San Francisco that Conley designed to serve the same target customer as Rolling Stone magazine. In doing so they were able to take what is not a destination neighborhood, and a potentially problematic location, and turn it into a real destination for the right customers. By using Rolling Stone as their model, they allowed and encouraged certain things that they did not allow at other properties. Employees could wear their hair long and display their tattoos and piercings. They were encouraged to be evocative of rock ‘n’ roll and give off that vibe and to dress to reflect the gestalt of Rolling Stone magazine. The rooms and common areas continued this theme. And in so doing they were able to attract a specific type of clientele. They ended up having bands come and stay there. John F. Kennedy Jr stayed there. Timothy Leary stayed there. And they used these celebrities in future marketing and in defining their brand and image. This only attracted more people who were inspired by this image and the people who visited.

If you take that as a model and think about defining who your target customer is, who the person is that you are trying to serve, then by appealing primarily to that person, you can develop your own niche. Your niche doesn’t have to be a unique practice model like direct to consumer or cash based. It doesn’t have to be diagnosis based or in a certain clinical specialty such as hands or pelvic floor. Your niche can be defined by a specific offering for a certain population, a certain persona that your offering strongly appeals to. By providing people something they value, something they want, they then are willing to exchange something of value in return. Usually this comes in the form of money. But other barriers to entry are time, the perception of pain, and the lack of knowledge around what we do. Appealing to the wants and needs of a specific customer, delighting that customer, can help to overcome those barriers. And it can lead to increased word-of-mouth referrals, a clearer brand, and also being known in a specific community, be that mothers, runners, crossfitters, martial artists, youth soccer players, you name it.

Starting to go down this road to develop and make a compelling offering for a specific customer often makes business owners nervous. When speaking with some business owners, I hear them protest that they think they need to appeal to the broadest possible market. They confuse focus with exclusion. They think focusing on a specific target customer means they will not serve others. And that is simply not the case. By focusing and delighting the few, you will attract the many.

DELIGHT THE FEW TO ATTRACT THE MANY

Here’s an example. If your niche is female soccer players, by delighting your target customer you will appeal to people outside of the bullseye, and in the concentric rings. In addition to appealing to female soccer players, your bullseye, you will also likely appeal to female volleyball players, basketball players, runners, and male soccer players. You certainly would not refuse working with any of them. That’s not the point. You are not working to exclude anyone. You are simply designing your offering, any programs, messaging, and facilities with your target customer in the front of your mind. You are focusing on her wants, needs, goals, and challenges. Addressing these will appeal to her and make her more likely to seek your services. It will also make others more likely to seek your services. 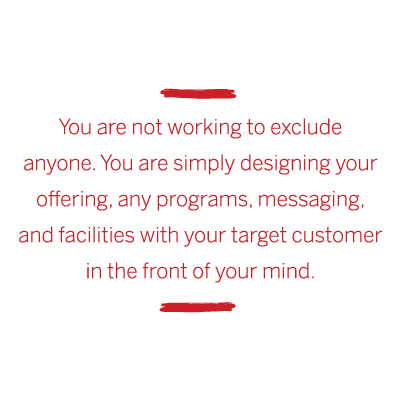 Your target customer can be anyone you choose. You could define her as a 35- to 45-year-old female with two kids, a spouse, a dog, who drives a Volvo and makes $120K-$170K a year, who shops at Whole Foods and Nordstrom, likes to be physically active, and wears Lululemon. You might define him as a 45- to 55-year-old male, employed in a blue collar occupation, who drives a pickup truck and wears Wrangler jeans, Dickeys, and work boots. The more descriptive you can get about this person, the more likely you are to be able to make a compelling offering to that individual.

And again, that doesn’t mean that you would not treat someone who is a 25-year-old female who drives a Toyota, or a 66-year-old female who shops at Target. It doesn’t mean you wouldn’t work with an 80-year-old male tennis player. What it means is that by designing your offering, your facilities, and your messaging specifically for the target customer you choose, and making sure that she or he is absolutely delighted, you will find that what you’ve designed also appeals to other people. They will also find that what you are doing gives them value.

Sturdy McKee, PT, MPT, is a chief executive officer, entrepreneur, physical therapist, and business coach who can be reached through www.SturdyMcKee.com and on Facebook @Sturdy.Coaching..