What Exactly Is Indemnification? 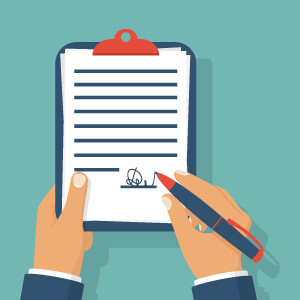 Indemnity seeks to transfer the risk of financial loss by obligating the party responsible for a loss to cause the party that suffered the loss to be “made whole.”

Indemnification is an important provision contained in almost every contract; however, it is a concept that is generally foreign to those individuals who are not required to review and negotiate contracts on a regular basis. This lack of familiarity creates a potential problem in that many agreements are executed on behalf of physical therapy practices without a good understanding of the potential ramifications contained in the indemnification “legalese.”

Indemnification may be best explained by considering the following sample contract language, which would be common to see in an agreement signed by a physical therapy private practice, and then applying it to a practical example:

Indemnification. Physical Therapy Practice agrees to indemnify, hold harmless and defend ABC Hospital against any and all actions, causes of actions, claims, suits, charges and demands whatsoever, and from all damages, expenses, losses, debts and liabilities whatsoever, including reasonable attorneys’ fees and costs, arising from a breach of, or from negligent actions, omissions, or intentional misconduct by, Physical Therapy Practice or its employees in the performance of this Agreement.

While it is unlikely that the hospital would have been willing to forego an indemnification provision in the services agreement (and for very good reason as seen by the example), there are a number of issues to consider in an effort to minimize potential indemnification obligations. Initially, it is important to consider the nature of the underlying contract. Appropriate indemnification obligations vary significantly from agreement to agreement. For example, what would be expected in the indemnification language of a purchase and sale agreement would be significantly different from what would be expected in a software license agreement. Additionally, the contracting party should consider whether the indemnification language included in the contract should be mutual. In the previous sample provision, there is no obligation for the hospital to indemnify the physical therapy practice should a claim arise from the hospital’s breach of the underlying agreement. In these circumstances, it would seem that the concept of mutual indemnification would have been reasonable, even though this would not have affected the practice’s liability in the example.

Finally, before signing a contract with an indemnification provision, the signing party should understand what insurance coverage it has in place and how its policies may or may not cover a claim for indemnification. The availability of insurance coverage in connection with an indemnity claim is not always as clear as the insured party may believe.

In summary, indemnification in a contractual context can often be difficult to understand, but is an important risk allocation concept that should be given appropriate consideration. The specifics of indemnity language will differ based on the nature of the agreement, the negotiating power of the parties, and other factors. Overall, it is important that indemnification be given appropriate consideration so that before signing an agreement a physical therapy practice is aware of the associated risks.

Paul J. Welk, PT, JD, is a Private Practice Section member and an attorney with Tucker Arensberg, P.C. where he frequently advises physical therapy private practices in the areas of corporate and healthcare law. Questions and comments can be directed to pwelk@tuckerlaw.com or (412) 594-5536.

*Please note that this article is not intended to, and does not, serve as legal advice to the reader but is for general information purposes only.